Getting locked in a power struggle with a child can be downright demoralizing for a parent. It can feel like quicksand: The harder you struggle, the deeper you sink.  So, what gives?

Children often engage in power struggles when they’re overtired, hungry, or when they’re in specific developmental phases. It also happens when they have a lack of control in their environments or fewer opportunities for active, social play — for example, during a global pandemic.

But while frustrated parents may perceive power struggles as defiance and disrespect, that’s not exactly what is happening. “Power struggles are nothing more than our kids’ mistaken attempts to gain a sense of control over their lives,” says Kelly Bourne, pediatric nurse, positive discipline parenting educator, and the author of Pig’s Big Feelings.

Here’s a deeper dive into the top causes of power struggles with kids — and five doable strategies from the experts to help parents cope.

Power struggles can happen for a constellation of reasons — on both sides. Here are a few of the top causes:

Unmet basic needs, such as hunger or overtiredness. These can be a major underlying cause of power struggles, and potentially the easiest to address, explains certified positive discipline parent educator, Megan Barella. If you can identify and meet all your child’s basic needs you might be able to prevent many power struggles from occurring.

If power struggles tend to happen around the same time of day, as the morning routine, getting out the door, or at bedtime, then take note. “Learning how to provide emotional support that is empowering and responsive to your child’s need for connection during these times of day could be the game-changer,” says Barella.

Indeed, Dr. Whitney Casares, pediatrician and author of The Working Mom Blueprint, says it’s not just kids who are behind the challenging dynamic. “When parents are already stressed or have been having difficulty gaining their cooperation for some time, they can resort to power moves in an attempt to control behavior.”

Discipline style. Power struggles might arise from reliance on a punishment-and-reward model of discipline. “If you find that you are responding to your child by [immediately specifying] consequences or punishments, or by trying to incentivize cooperation with rewards, it might be time to let go of this fear-based parenting model,” Barella says.

“Gaining access to a brain-based parenting approach can be a gamechanger,” Barella adds. “Check out an approach like Positive Discipline that is rooted in cooperation, teamwork, and developing capability in your child by generating solutions to real-life behavioral challenges, rather than focusing on an extrinsic motivator, like a punishment or reward that often results in power struggles.”

What Parents Can Do About Power Struggles

The first step in coping with power struggles is simply recognizing you’re in one, Bourne explains. But how will you know? If you catch yourself thinking, “We’ll see who’s boss!” or “You can’t get away with this!” in response to your child’s behavior, there’s a good chance you’re caught in a power struggle, she says.

“By recognizing your child’s misguided attempts to gain power, you’ll be in a better position to respond in a way that strengthens their sense of autonomy and control,” Bourne says.

After acknowledging the dynamic, these actionable strategies can help parents improve it:

Choices should be limited and specific — such as asking whether the child wants the blue cup or the red one, or if he prefers to go to the park now, or after lunch. Bourne says, “The sooner you can start offering your kids limited choices, the better. The key here is to be specific. This way you are still in control of the variables, but your kids feel like they have a say.”

Reframe the conversation so demands for compliance sounds more like a gentler request for help. Consider approaches like: “Would you mind grabbing those plates for me? It would be a huge help.” Or, “I really need to get out the door by 8 o’clock today. Do you think you could help me make sure we’re on time?”

Bourne says this tactic works because, “Whether you’re four or 44, being asked to help always feels better than being told what to do.”

The thing about a power struggle is that it requires the involvement of two parties. If you don’t play along, the dynamic evaporates. “Fighting with our kids over the minutiae of daily life is exhausting — and ineffective. After all, it takes two to tango,” Bourne says. “By refusing to engage our kids in power struggles, they lose their appeal.”

No, this doesn’t mean giving in. But it can mean rethinking some of the motivations behind the struggle and letting go of nonessential issues. Ask yourself if the issue at hand really even matters. “Does it matter which shoes they wear? Does it matter which order they eat their food in? Does it matter if they do it their way instead of my way?,” Bourne says. “If it doesn’t matter, then why not let them do it their way? It will give them the power they seek, while also building their independence and decision-making skills — no fighting required.”

We might be in the habit of coupling requests to kids with consequences — including threats or bribes aimed at motivating their cooperation. But this can establish “an ineffective pattern and negative boundary that doesn’t translate into listening,” Barella says. Instead, “stay focused on the positive and what you do expect from your child.”

Simply repeating, neutrally, calmly, and confidently a one-word command — like “shoes,” “toothbrush,” or “upstairs” — can be very powerful. “One-word commands keep it simple, conserve your energy, help you stay focused on the solution and the positive behavior, and make it easiest for your child to comprehend and cooperate with in the next step of the routine,” she says.

Casares recommends parents pay attention to the level of stress and scheduling rigors in their households. If it seems like too much, it could be setting the strategy for power struggles. Do what’s feasible to promote calmness and comfortable pacing.

The Moshi app offers meditation music, lullabies, and audio bedtime stories made just for kids that can help reduce stress and meet kids’ needs for adequate sleep. Casares also recommends scheduling in downtime when possible — or even short blocks of 10 to 15 minutes designated as the “special” time when parents devote focused attention to their children. This, she says, can be an “important way to build a strong parent-child relationship that prevents outbursts and power struggles.” How To Manage Separation Anxiety in Toddlers, According to Childhood Development Experts

Separation anxiety in toddlers is normal, caused by environmental and genetic factors. Here’s how parents can identify the triggers and help ease it.

Irritability, hyperactivity, and poor grades may be signs that your kids aren’t getting enough sleep. Here’s what parents should know. 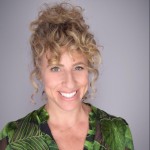