The divorce rate in the U.S. has fallen considerably since 1992. The marriage rate, which has also decreased since the 1990s, was still higher than the divorce rate in 2019. It seems that fewer marriages are ending in divorce than before, yet fewer people choose to marry. As modern times have seen more and more people forgo the traditional setting, unconventional family structures have become more common.

Let’s take a look at what these different types of family structures include:

There are 1.1 million same-sex families in the US alone. LGBTQ+ rights have seen an increase in acceptance with same-sex marriage becoming legal in more countries around the world. This has led to the number of children growing up in this family structure increasing, too.

More and more couples are choosing to forgo marriage and instead cohabit. In fact, cohabiting couples are now more common than married ones.

40% of families in the US are blended, making this structure one of the most common. Children from black, white or Hispanic backgrounds are equally likely to be raised in this type of family.

This UK article observed 10000 schoolchildren and concluded one thing – the family structure is irrelevant provided the home is stable. Children from stable families are better off than their counterparts. So, on this positive note, remember that we live in an exciting era. Our society is ever-evolving, and what we perceive as normal is also morphing and expanding. Broken to Blended: Expanding the Definition of Family

Recognizing a more broad spectrum of families allows us to recognize and appreciate a... 7 Top Hobbies for Parents to Do With Kids

Consider these top hobbies parents can do with kids, all of which can be... 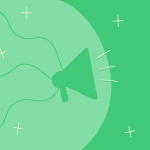 10 Things Parents of Children with Autism Want You to Know

Here are a few highlights from parents of children with Autism Spectrum on their...