We’ve seen it written on coffee mugs, t-shirts, and inspirational social media posts: “be the change you want to see in the world.” As parents, becoming responsible for another life soon makes us more accountable. Modeling the positive behaviors we want to see in our children helps us become better versions of ourselves.

It can be easy to get bogged down on what our children may be doing wrong, oftentimes about something they picked up from me. For example, I picked up the habit of starting sentences with: “NO” (I know, awful!). Soon enough, all I could hear at home was “no this” and “no that.” Needless to say, I found this rather frustrating.

My sons are very different people, both neurodivergent, both undiagnosed, but each shows clear signs of either ASD (Autism Spectrum Disorder) or ADHD (Attention Deficit Hyperactivity Disorder). According to Baker et al. (2019), improving healthy habits in children should include self-regulation. Realizing I was the source of the frustratingly frequent use of the word “no,” I swallowed my pride and worked on changing this habit.

Be open about your efforts in optimizing behavior

One of my sons likes to have a reason for everything. Everything needs to be spelled out and explained beyond any reasonable doubt. While this may be time-consuming, my other son could be zooming across the room, playing Legos or video games, but often picks up on the explanations administered to his older sibling as if by osmosis. The importance here is that I sent a clear message to both children.

You will know how best to get through to your child. I believe that being open about one’s efforts in self-work with our family is important because this is something relatively new to our society. I see it as a positive change. Our efforts to normalize talking about personal goals will help raise more mindful, conscientious humans. This, in turn, helps our kids make healthy choices in the future.

Have a public strategy

In other words, be open about it. Another example was when I wanted to get my children to drink more water. I began talking to my sons about how I planned to increase how much water I drank. I had a clear target and a plan of action. I often talked about my progress and admitted my failures.

Talk about your successes

Getting your children to love bedtime is no easy task, but it is doable. I’ve seen it! When I stopped working as a chef, I found myself with free evenings. I was soon able to indulge in the luxury of an early night and the sleep that followed! My more active child didn’t see the point in sleeping. Having seen the benefits of going from late nights working to early nights in, I was able to have a genuine conversation with him about the benefits of a good night’s rest. Through my sincerity and modeling, it was evident to him that I was sincere. He believed me, and when he visits, he goes to sleep without protest.

In my experience as a father, I’ve found that these methods of modeling positive behavior were successful on multiple occasions. Manifesting the change I wanted to witness in my kids helped my kids make healthy choices. Which is great for everyone involved – a clear win/win. 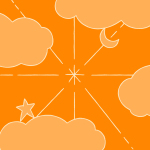 Childhood Insomnia – Healthy Habits to Help Your Little One Sleep

If you notice your child struggling with sleep multiple times a week for a... Because children are just forming healthy nutritional habits, it’s important to guide them to... We all want to increase self-control and healthy habits in our kids. Here are...